Comprehensive Project in 2020-2021
​The unexpected international crisis is affecting all areas of politics, society and economy. The arts industry has also become unable to move between countries, making it impossible to exhibit or perform in other regions. Kim asked what kind of exhibit form would be needed to address this time of enforced separation due to this crisis and how such a concept could correspond to his existing art concept of placing importance on Gong-ganseong (spatiality) and placeness. Therefore, Kim is exploring digital media possibilities as a substitute for physical exchange in the COVID-19 era and developing new models of multi-national artistic creation as attempting to integrate distant exhibition spaces.
​Since Kim's original practice has deep roots in Lee Ufan's theory and phenomenology, Kim has examined his experience of actual objects or materials as a media rather than digital media. However, Kim began to think that the spatiality and placeness discussed as a phenomenological experience in his research can be transmitted through digital media as Kim collaborated with the Korean disability dance company Light Sound Friends through Connect2Abilities  in the University South Australia.
Integrating and expanding two different exhibition spaces might be a continuation of Kim’s existing artistic concepts in that they seek to perceive 'spatiality' through the expansion of placeness by digital media, rather than advocating digital art. 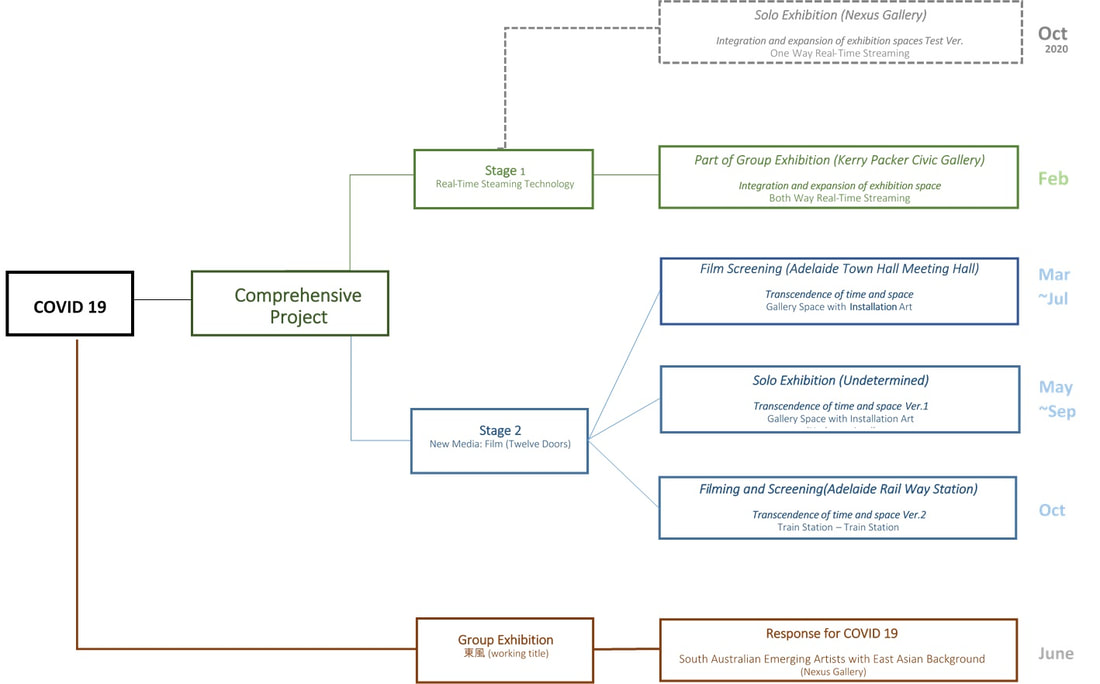